In 2022, we celebrate the African American First’s that Master Sergeant Robert Jackson, USMC (Ret.) has accomplished with a lifelong career in Public Affairs. Currently, Robert is serving as the Marine Corps Logistics Base Barstow Communication Strategy and Operations Officer. His communication’s team is small yet powerful and is dedicated to keeping the Civilian and Marine Corps Active Duty families informed throughout the pandemic with a bi-weekly publication in print, a new digital and social media presence despite a migration to teleworking during the pandemic. His office remained on base in person with safe social distancing to host events, promotion ceremonies, and to answer the call for leadership’s messaging on the spot and ini real time. It is Robert’s goal to lead and to shed light on stories of heroism, current affairs, and upcoming events that engage the MCLB audience with positivity and resilience.

We commend USMC MSgt Robert Jackson as he looks forward to retirement after better than 30 years serving and as he prepares to retire, he will yield his greatest lessons, experience, and highlights from a lifetime of service to Young Marines with empathy. He understands the cost therein for freedom as he teaches and mentors others at this stage of his career. Master Sergeant Robert L. Jackson was born in Washington D. C. in 1955 and he enlisted in the Marine Corps in 1975. His original Military Occupational Specialty was declared as a Combat Engineer at the age of 20 years old. He enjoys taking good care of his lovely wife, children, and grand children who all agree that great football wins for each of their favorite teams, i.e., #WASHINGTONCOMMANDERS and “meat on the grill” creates the best quality time of all.

Throughout his dedicated service in and out of his Marine Corps uniform,  he is assured and eager to share the fine details of how he transitioned into the elite DoD Civilian positions of Public Affairs leadership.  Learning and instituting proper communications strategies in the Marine Corps is a chief mission he has mastered to give true, honorable, and vivid messaging.

Mr. Jackson is prepared and excited for his upcoming retirement and shares how he keeps his mind, body, and spirit connected to a goal for the future. Also, Robert gives fellow Civilian leaders and Marine families advice as he supports with guidance about what he does with the Marine Corps training he masters via the “Back in the Saddle” principle toolbox. He wants Marines to excel in all they do and to align their social, spiritual, mental, and physical attributes so their lives can be joyous by spending quality time, readiness, and planning first with their loved ones should they have to suddenly deploy.

There is media online, in the Prospector publication, and on the MCLB channel so Marines can stay informed and find resourceful information to reach out for assistance and trusted agencies that exist and want to give back in times of need. Also, key events bring Marines together to have fun, relax, and be resilient such as sports, BBQs, and more in the Prospector. Best of all, the Prospector highlights the heroism of Marine Corps heroes and their accomplishments at MCLB Barstow.

Let us demonstrate the Black History that Robert Jackson has made with his love for photography, Robert remembers his self taught skills from using his first, small, single shot 110 camera to now utilizing the latest and greatest mobile communications dual-camera set ups, state-of-the-art Marine Corps approved devices equipped with live-streaming functions, and high definition graphics computers and video cameras in his MCLB Barstow Communications, Strategy, and Operations office/production house. Robert has developed a new appreciation for videography and understands the “processes in good journalism”. Appreciatively, Robert L. Jackson has gathered and shared photos of his Marine Corps magic shots from old to present day depicting the life he treasures Once and Always as a US Marine and comrade to thousands of Marines and High Ranking Officials. Take a look at his DoD cleared photo gallery including family, various military ceremonies, multiple duty stations, worldwide events, deployed areas, and barracks featuring those he he loves, has helped and served. Robert remembers covering and encouraging his fellow Marines as he created stories, bylines, and new innovations in Public Affairs and even laughed and cried with over his years of working harder even it is was not required. Frim his perspective and story-telling, we shall recognize the potential traumatic, overall triumphant, and or willful sacrifice services bears followed by a lifetime of dedication into retirement, decorated rewards, eras of accomplishments, and unforgettable friendships and memories. Finally let’s all remember with Robert to always cherish our families who also serve and to “Thank a Marine”. 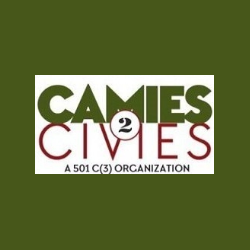 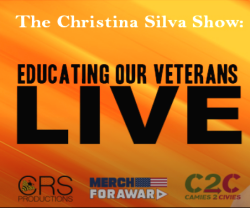 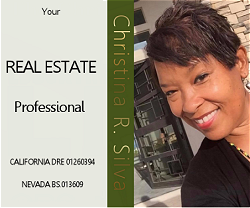 Subscribe to our newsletter to stay informed of upcoming workshops, seminars, events, promotions and news.